As of June 2020, GoDaddy has more than 20 million customers and over 7,000 employees worldwide. The company is known for its advertising on TV and in the newspapers.

GoDaddy was founded in 1997 in Baltimore, Maryland by entrepreneur Bob Parsons. Parsons sold his financial software services company Parsons Technology to Intuit for $65 million in 1994. He came out of his retirement in 1997 to launch Jomax Technologies which became GoDaddy Group Inc. GoDaddy received a strategic investment from private equity funds, KKR, Silver Lake, and Technology Crossover Ventures.

In 1999, a group of employees at Jomax Technologies were brainstorming and decided to change the company name. One employee said, “How about Big Daddy?” However, the domain name had already been purchased, so Parsons replied, “How about Go Daddy?” The name was available, so he bought it. Parsons said that the company stuck with the name because it made people smile and remember it. The company changed its name branding from “Jomax Technologies” to “Go Daddy” in February 2006.

GoDaddy’s original logo featured a cartoon-styled man with messy hair wearing sunglasses. In January 2020, GoDaddy unveiled a new logo with a simple, sans-serif type accompanied by a heart-shaped design that spells out “GO”.

In 2001, soon after Network Solutions was no longer the only place to register a domain, GoDaddy was approximately the same size as competitors Dotster and eNom.

In April 2005, GoDaddy became the largest ICANN-accredited registrar on the Internet.

As of 2018, GoDaddy is the world’s largest web host by market share, with over 62 million registered domains.

In March 2018, Amazon Web Services (AWS) announced that GoDaddy is migrating the vast majority of its infrastructure to AWS as part of a multi-year transition.

July 2012, GoDaddy announced that it would acquire Outright for an undisclosed amount.

In August 2013, GoDaddy announced that it would acquire Locu for $70 million.

On October 15, 2013, GoDaddy acquired web hosting service provider Media Temple. In a newsletter sent to its customers, Media Temple said that they “will continue operating as an independent and autonomous company.”

In April 2015, GoDaddy acquired Elto, “a San Francisco-based startup which had been offering a marketplace that helped connect business owners and other non-technical people to web developers who could help them establish and improve their web presence.”

In April 2015 and November 2015, GoDaddy acquired the domain portfolios of Marchex and Worldwide Media, respectively.

On May 17, 2016, GoDaddy acquired FreedomVoice for $42 million in cash. FreedomVoice is a provider of cloud-based VoIP phone systems throughout the United States.

January 29, 2020, GoDaddy announced an agreement to acquire Over.

With this acquisition, GoDaddy has become the registry (wholesaler) of .co, .us, .biz and .nyc and managing the technical operations of the new extensions such as .club and .loan. GoDaddy will change the registry business’ name to GoDaddy Registry.

In 2013, GoDaddy was reported as the largest ICANN-accredited registrar in the world, at the size of four times their closest competitor. They also have a 270,000-square-foot (25,000 m2) facility in Phoenix, Arizona.

GoDaddy has a lot of tools to provide various services to its customers. With GoDaddy Auctions, which is GoDaddy’s own domain marketplace, users can list their domain names for sale or bid on other domain name auctions. GoDaddy also lists expiring domain name auctions from other registrars, so thousands of valuable expiring domain names go up for auction and selling every day on GoDaddy Auctions. These expiring domain names go directly to the new owner’s GoDaddy account before they expire. Another service is GoValue, a kind of domain appraisals tool, shows the average value of any given domain name. It calculates the value with an algorithm that evaluates the extension, keyword, comparable domains sold, and probably some other data. GoDaddy named its blog as GoDaddy Garage. 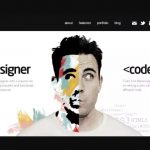 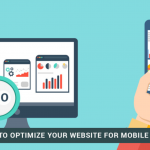 What is Mobile SEO? Ways to Optimize Your Mobile SEO 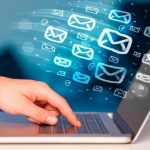 What is Email Hosting? 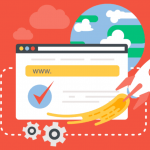 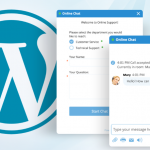 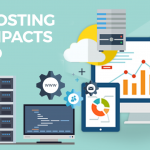 Importance of Web Hosting for SEO